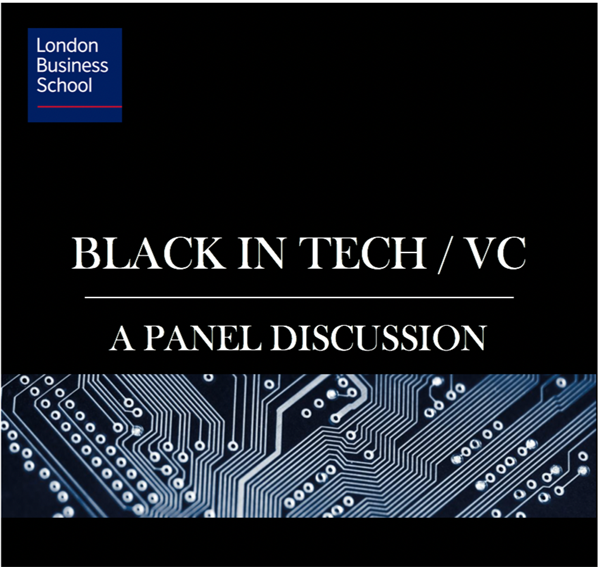 Join us for an important panel that will explore the issues of Black representation in Tech and VC, and what can be done about it

Join us for another insightful session as we explore the careers of black professionals in the Tech and in VC world. We have an amazing line-up for this event: Sinead Bovel, Yvonne Bajela, Ola Oyetayo and Oliver Kent-Braham. Our panellists will share their path to success, how their actions are disrupting the status quo as well as the hurdles that they faced in these industries to meet their goals.

Sinead Bovell is a model, futurist, and the founder of WAYE, an organization that prepares youth markets for a future with advanced technologies. To date, Sinead has educated over 10, 000 young entrepreneurs on the future of technology, and has spoken at world renowned institutions including the United Nations, the US Chamber of Commerce, Cornell University, and Bloomberg, on the intersection of business, technology, and the future. Sinead has modeled for Brands such as Ferragamo and Abercrombie & Fitch, and has served as a tech contributor for publications such as Vogue and The Globe and Mail. As a Black female model with an MBA and a degree in Finance, Sinead is changing the narrative of who should be talking tech and who should be listening.

Yvonne Bajela is a Founding Member and Principal at Impact X Capital, a UK based venture capital fund founded to invest in companies predominantly led by Black and female entrepreneurs. She was recognised in the Forbes 30 Under 30 list in 2020. Previously a Senior Investment Manager at Mitsui & Co, she was the youngest investment manager within the group.

Ola Oyetayo is a Co-founder and CEO of VertoFX, a venture backed ( Y-Combinator , ADV) Currency exchange marketplace for businesses, prior to VertoFX he worked in various Financial Services roles at American Express, Barclays and Lloyds Bank. A life-long learner and optimist when he isn’t working on using technology to solve the cross-border payment challenges businesses face he is busy analysing stocks or working on his golf handicap.

Oliver Kent-Braham is co-founder and co-CEO of insurance technology company Marshmallow. Marshmallow is making financial services equally accessible to all. Backed by leading VCs and institutions, Marshmallow is well positioned to provide insurance to the millions of people around the world who need it most.